Direct flights available to Johannesburg include: 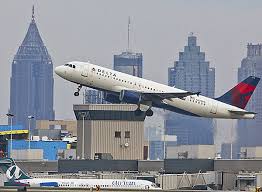 Visitors from the United States, Europe, Asia, and Australasia are currently enjoying significantly favourable exchange rates for the South African Rand (ZAR), enabling those planning “that safari trip of a lifetime” to become a reality.

In recent months, 2BWild clients – usually comprising couples as well as family groups – from Germany, The Netherlands and the US have experienced the true wild of Africa, in Big Five country, with close-up sightings of elephant, lion, rhino, buffalo and leopard.

Many have also experienced the magnificence of the Victoria Falls “The smoke that thunders”, with associated activities such as zip-lining, white-water rafting and air flips over the Falls.

Cost effective internal flights, luxury hotel accommodation and transfers also open up the whole southern African region to some serious and exciting exploration – of vibrant cities such as Cape Town, and the true wild of the world famous Kruger National Park, the spice island of Zanzibar, and the annual wildebeest migration in Kenya – through to the option of self-drive 4×4 for the more adventurous, visiting remote wilderness areas of Namibia, Zimbabwe, Botswana, Malawi and more, should that take your fancy.

Andrés from Spain had this to say about his recent 2BWild Safari:  (June 2016)

The trip was greeeeeeeat, absolutely amazing. We really enjoyed all different places where we stayed. I am sending you here some pics. Are the ones from my iphone but still I really love them! I have plenty but i am sending you a small selection of some of my favourites!

Regarding the car everything was PERFECT as well! We had NO problem with it so I really really appreciate your kind assistance with that!

Here’s a snippet of just some of our 2BWild Safaris recently completed, some in progress, and some in the future that we’re all still looking forward to: Zimbabwe-Gonarezhou; South Africa-Pilanesberg; Namibia and Botswana; South Africa-Welgevonden Game Reserve; Zimbabwe- Mana Pools; Botswana-Kgalagadi Transfrontier Park (KTP)… Read on…
To discuss with us and plan your next personalised safari in Africa diving trip click here.
Zimbabwe, Gonarezhou:
Terry & Party

Terry and friends (a group of twelve in total) returned a week ago from their annual safari together, this time to Gonarezhou. Instead of Beit Bridge, they opted to go through the Kruger and enter Mozambique at Pafuri border post and then through the Sango border post into Zimbabwe. They stayed in the south, travelled straight up the middle and stayed at a number of camps in the northern section, including two nights at the luxurious Chilo Gorge Safari Lodge. They returned along the same route, staying at a different camp in the south before crossing through Moz and back into SA.

Colin and his family (16 in total, some having travelled from the USA) are spending four days in Pilanesberg National Park this week, staying in chalets at Bakgatla Camp, where they will be celebrating his Dad’s 80th Birthday. They will have a sumptuous Champagne Bush Breakfast at the private Boma in the Park on his Dad’s special day. There will be many self-drive game drives as well as a Bush Walk for some members of the group.

Namibia and Botswana – Caprivi and the Okavango Delta:
Felix & Party

Felix and his party of nine will be on the road heading north from early tomorrow (30/6). They will be travelling through Botswana up to the Chobe waterfront, through the Caprivi to Mamili and Mudumu, and then around to the Okavango Panhandle for a few days’ fishing before heading back home via Maun, Gweta (to visit Nxai Pan) and Francistown.

While in SA from the UK, Graeme and Rowan will spend three days next week in the malaria-free Big 5 Welgevonden Game Reserve at one of Rare Earth’s luxurious 5-star lodges, Ekhutuleni.

The main destination for Frank and his group of six is Mana Pools (Nyamepi camp). They’ll be leaving SA in July and travelling via Khama Rhino Sanctuary, Elephant Sands and Kasane, with a visit to Vic Falls, before crossing into Zambia for an overnight stop and then entering Zimbabwe. Their return journey takes them through Livingstone, Zambia and Nata in Botswana before re-entering SA.

Mark and Party
Another group is headed for Mana Pools, this time in September, Mark and his group of six will be doing a very quick trip from SA via Elephant Sands to begin their safari in the Zambezi National Park. From there they will overnight in Zambia before entering Zimbabwe early the next day for their five-night stay at Nyamepi in Mana. Once again, they’ll do a lightning return from Mana, overnighting in Antelope Park and then back into SA the following day.

Botswana, Kgalagadi Transfrontier Park (KTP)
JJ & Susan – KTP
JJ and Susan are off to Kgalagadi in July. Initially they were going to do the Nossob 4×4 Trail but unfortunately their friends couldn’t make the trip and more than one vehicle is required for the Trail. They will be camping at Polentswa and Rooiputs on the Botswana side as well as camps on the South African side.

Last but not least – we too/two, Viv and John, head off to KTP in December for a 10 day visit. A number of months ago our excellent personalised travel agency specialist, Viv of 2Bwild Safaris did a fantastic job in securing the best sites for us as booking opened for the year! On our return we’ll also visit the renowned and beautiful Augrabies falls. Can’t wait! Yeeehaaa!

To discuss and plan your next personalised African safari  trip click here.

News from the Pafuri region today is that the Limpopo River water level is less than tyre height.

This route, via Punda Maria camp in the Kruger National Park, is highly recommend in the winter months (May to August) as the water level is low. 2BWild Safaris has first-hand experience having travelled this route twice in recent years (see our trip report here).

Not only is this route a true African adventure with two significant river/sand crossings, mildly testing roads, tribal villages along the way, interesting border posts and related indabas, and a test of driving skills along sections of the route – all with the goal of Gonarezhou beckoning – and Kruger beckoning on the way back – but it also avoids the notoriously busy Beit Bridge border post to Zimbabwe.

Even though you need to allow for 3-4 hours for border crossings on this route – at Pafuri and Chiqualaquala/Sango – it is certainly well worth the adventure.

Viv and I are all set for our visit to Africa’s idyllic beach haven, Zanzibar, next week!

A year in the planning the objective of this visit is to map out the perfect 2BWild “luxury beach safari” for our fly-in clients.

We fly in to Dar es Salaam from Johannesburg on Thursday next week and spend the night at a small beach resort, before taking the ferry to the island of Zanzibar the following day.

There we take a taxi transfer to another beach resort in the east to soak up the sun and clear azure ocean for a few days, to explore the Jozini Forest, and to enjoy. The next few days we’ll spend in the north of the island, checking out the spice tour and the diving scene – which we are told is amongst the best in the world.

Then we go on to the legendary Stonetown to spend time in the marketplace seeking out spices, clothes and trinkets, and mingling with the locals – immersing ourselves in the vibe of the market. 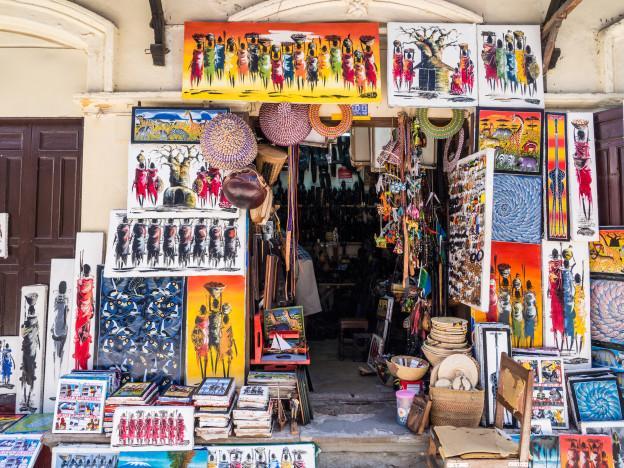 All very exciting – and we can’t wait to show you what we have in store for you !!!

Deena and her family arrive from the United States in August to visit Cape Town – to explore the highlights of the Mother City from the V&A Waterfront, before flying off to Vic Falls, “the smoke that thunders,” with its fabulous activities;  followed by the exclusive Sabi Sabi Game Reserve where they have their own game-tracker and Ranger at their disposal.

Graeme and his family touch down in September from the UK. First stop is a private lodge in Kruger Park; onward to Ponta Malongane in Moz to enjoy some warm Indian Ocean diving; then to Tembe Elephant Lodge and rounding off with true South African farmhouse hospitality in Wakkerstroom – all in a fully equipped hired 4×4 Toyota.

Travelling with fellow PADI divers, the group spent this long weekend putting in two dives each day. Visibility was good all weekend and waters were calm – although on Saturday a 3m swell curtailed the afternoon’s diving.

On Easter Friday, Simon and the two other technical divers in the group, Adrian Smit – Scubalicious instructor, and Chris Serfontein, carried out a 25m dive, simulating accelerated decompression on the ascent.

The Botswana Ministry of Agriculture informs the farming community and the general public that movement restriction in zone 11 (Kweneng, Kgatleng, Southern Ramotswa and Tlokweng) of the cloven hoofed animals and their products has been lifted with immediate effect.

The lifting of the ban follows completion of all tests on the buffalo which proved negative of Foot and Mouth Disease-FMD virus and the inspection of all cloven hoofed animals which proved free of the disease.

Furthermore, the public is informed that the search for the possibility of any buffalo has been called off following the extensive ground and aerial search that ruled out any presence of buffaloes in Zone 11.

The Ministry of Agriculture wishes to thank the public for their cooperation during the difficult and trying time.

The level of Kariba Dam continues to rise steadily.

This follows good rains up country in the region in March and April.

Present inflow on the Zambezi is 1 180 m3/s and is now receding,  although flow at Vic Falls is still impressive.